An Educated Coach is an Extension of Healthcare, Not a Replacement 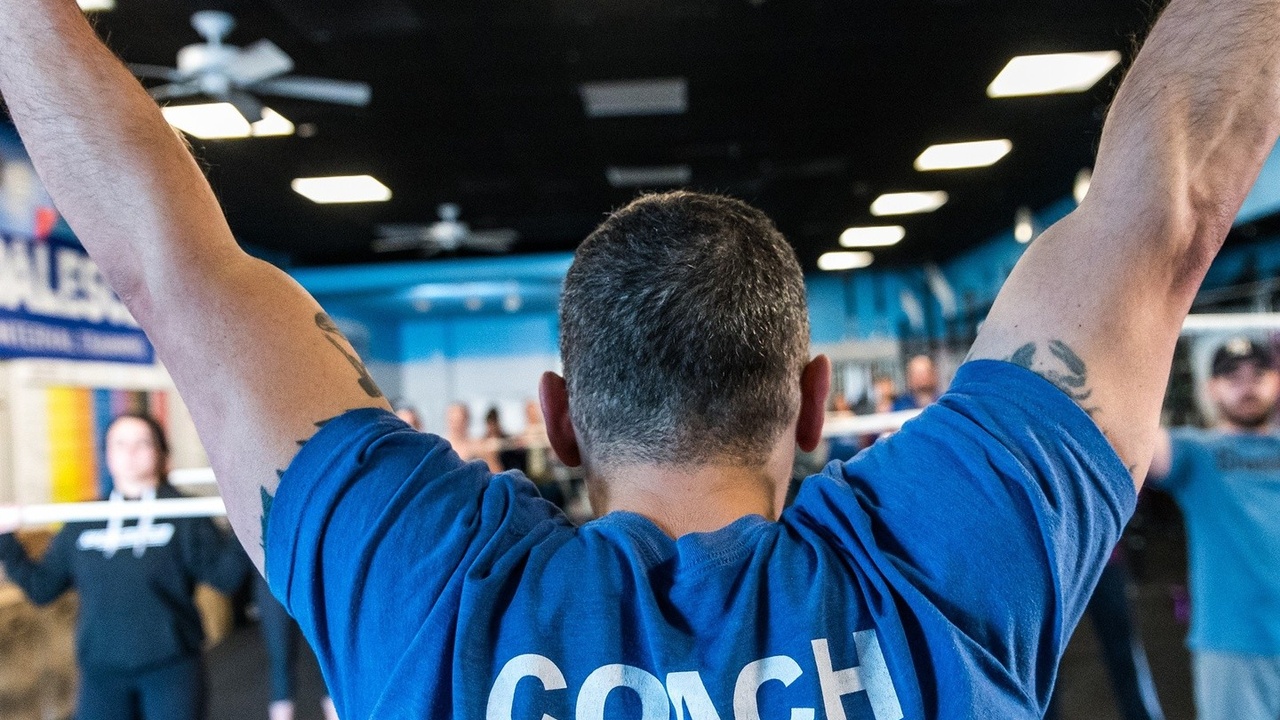 Five months after a shoulder surgery, 32 year old Brian (an active and competitive CrossFit athlete prior to his injury) is being discharged from physical therapy.  His insurance has determined that since he can now be a functional member of society at his desk job he no longer requires medical intervention.  What the traditional medical model has not provided Brian in this situation is a plan to go from banded exercises and 10# dumbbells to doing high volume pull ups and overhead Olympic lifts.  His therapist provided him a solid foundation in basic strength and ROM, re-educated movement patterns, restored a normal reaching pattern and worked some dynamic pattern drills and body weight or light impact activities as physiologically appropriate.  At that cut off mark, however, the therapist had to hope for the best as she signed the discharge form and gave the general “ease back into the gym” speech. The surgeon gave a similar blessing and Brian is now released into the wild; responsible for his own version of whatever “ease back into it” means.  A month into his best guess at returning to pull-ups, he re-injures the same shoulder he just worked so hard to rehab.

This scenario is all too familiar to many clinicians who work in the traditional out-patient setting.  One of the worst feelings for a well-meaning therapist is they have to let someone go back to the gym and not know whether the trainer there was going to progress them appropriately or push them too hard and completely destroy all the hard work that was put into that patient’s care.  Some great therapists have some idea how to get that person safely back to more intense workouts, but they are still limited because there is no rig, pull up bar, barbells or KBs to load heavy in their hospital-based clinic.  Or maybe the therapist and surgeon in Brian’s situation had no functional fitness experience themselves and had no clue what to tell the patient to do to progress to heavy barbell movements or high volume pull ups.  “Do no harm” is part of the oath clinicians take, so if they pass the responsibility onto the patient they are no longer responsible for what happens.  Are unfortunate cases like Brian’s preventable?  Very likely, but this prevention requires a massive shift in our society’s perception of the professional we can turn to. Classically our healthcare system has fallen short of being able to fill the gap between being what is archaically defined as “functional” and being “whole” as a real-life active human being.  Have we really grown to accept that a patient is done rehabbing a surgery when they can tolerate sitting at their 9-5 desk job but can’t return to the gym safely?  Why have we made it so difficult to pursue the fitness lifestyle that helps keep them out of the medical system in the first place?  If the surgeon, therapist, and coach all don’t have any idea how to advise patients like Brian appropriately, what are these patients supposed to do?  I’d like to believe there’s a better answer than telling them “just don’t do that ever again”.

Enter the coach to the scene.  But not just any coach; one who possesses the missing link—education. Going beyond the level of simply modifying moves arbitrarily, but still remaining within the scope of a personal trainer.  An education that provides a simple and real objective data-collecting process from which to build an individualized road map for the final leg of that patient’s rehabilitative journey.  Data that paints a clear picture of an appropriate return to sport protocol with someone who has had surgery.  A comprehensive way to build volume and intensity at a rate that reduces risk of re-injury or helps prevent it in the first place.  Teaching coaches to recognize signs of overtraining in their members and how to communicate